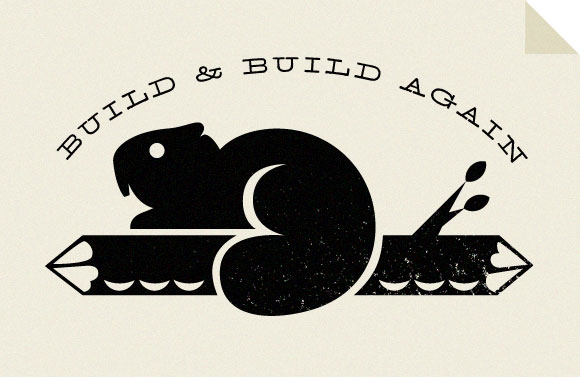 Summers in college, I worked for a carpenter framing additions, building staircases, and installing trim. I was a cutter. My colleagues would shout down measurements and my job was to grab the correct piece of lumber, measure the desired length, set the appropriate angles and chop. Two-studs-eleven-six-and-thirteen-short-on-a-forty-five coming right up. Unfortunately, seven sounds a lot like eleven and sometimes I’d make a wrong cut. Anyone who’s worked in construction will recall what I heard then. The carpenter’s cry would rattle the ladders, momentarily drowning out generators and nail guns: Measure Twice, Cut Once!

Lots of people apply this same wisdom to the building of websites and I can see why. It’s tempting to think of the web as a known quantity and a website as a fixed vessel. And the construction metaphor is helpful so far as it goes — primarily when talking to neophytes. But a website is the sort of house that needs renovation the day after it’s built and the web is far from known. With the obvious exception of preparing images in Photoshop or Fireworks, the philosophy of Measure Twice, Cut Once has little place in a serious conversation about building for the web. When you’re making a website, whether your business card says IA, UX, Designer or Developer, you are not creating a final iteration. Not even close. You are building — in the best of times — the latest evolution of a space which is engineered to scale and flex in response to the changing needs of it’s owners and users. At worst — it’s the overpriced custom cabinetry that looked great on paper, but turns out to be utterly useless in the kitchen.

Consider the lowly beaver: nature’s busiest builder. Once he finds a tree that’s roughly the right size and shape, quick as he can, it’s felled and into the river. Pretty tough to tell how a particular piece of wood will perform from the safety of dry land, so the beaver gets it into approximate position before he starts trimming and fitting. But the job’s hardly done. Whether he’s working on a dam or a lodge, the thing about rivers is that they never sit still. One week, there’s a flood and the next, a drought. And that beaver just keeps on reading the river and building to suit — shoring up the dam or adding a layer to his lodge for winter. How do you think they earned the reputation for being so busy?

The beaver could spend months at the drawing table perfecting his blueprints, but he knows the river won’t wait. With both mountain streams and site traffic, flow is hard to forecast — the best we can do is be ready to adapt and have the right tools close at hand. We must be not just willing, but eager, to build and build again to meet the changing currents.

I’m a principal and studio director at Journey Group. We’re an independent design company based in Charlottesville, Virginia. My focus is service design and, specifically, the use of integrated technologies within institutions. I’m also on the board of The Content Council, spiritual director for Jack’s Sally Motorcycle Club, husbandman at Dawnbreak Farm, and a student at Umbau School. Occasionally, I get opportunities to write and speak about the cultural and ethical implications of designing for a living. Send along a note if you'd like to chat.